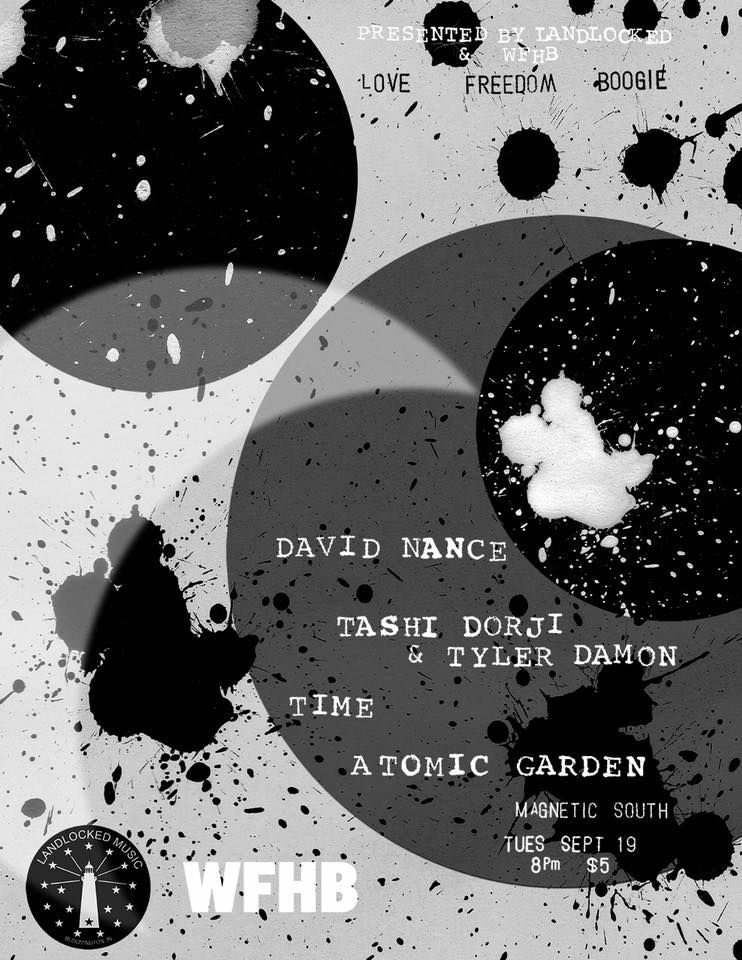 “Tashi Dorji (electric guitar) & Tyler Damon (drums/percussion) reside in separate locales but have come together from a place of mutual admiration. The pair has scarcely spoken of intention regarding their music yet conjure a sound which suggests the familiar and the non-idiomatic at once. Flashes of ecstatic intensity, blurred timbral lines, fractal repetition, noir-ish, cinematic mystery and inclinations toward free play hint that the two are pleased to follow a winding path to destinations yet unknown.

“The music is a bit like a set of Russian nesting dolls that aspires to challenge succession rather than confirm it.” – Bill Meyer on ‘Both Will Escape,’ Wire Magazine #393

“Dorji’s earth-clearing guitar and Damon’s fist-pumping kit rocket out of the speakers in ways that feel dangerously uncontrolled, like someone playing with a plugged-in toaster over a filled-up bathtub.” – Marc Masters

“North Florida’s Time, the duo of creative and life partners Michael and Madhava Collins, are giving devotional music a radical overhaul. The fervent disciples of Krishna consciousness are taking the frothy, bubbly and extremely, shall we say, secular sonic framework of synth pop and marrying it to ancient prayers and self-penned exhortations to cast away material attachments. A spiritual message with a (ear) candy-coated shell, if you will.